The following pictures were given to Ron Lohrman by local chess player Dan Meehan. Dan's friend visited Iceland this past summer. Dan's friend was not a chess player, but was nice enough to go out of his way to take some pictures of Bobby Fischer's grave. Dan had sent his friend a logo of the chess center, which appears in one of the photos.

Around the flowers, there is volcanic rock for people to take, probably so that visitors and tourists do not deface the grave and can take something home with them to remember. 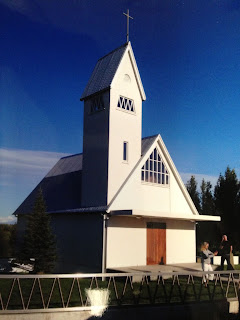 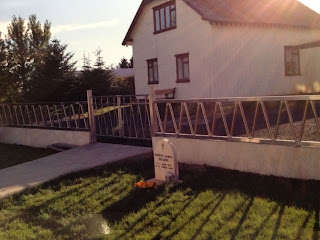 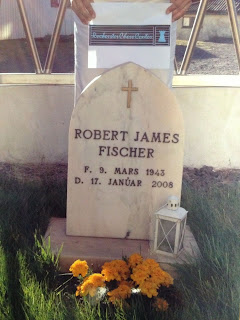 You can read more about Bobby Fischer by clicking on this Wikipedia link.
Posted by Mike Lionti - Chess Blog Editor at 1:07 PM