The Chess Simul with Lev Paciorkowski
This chess simultaneous was held at the Rochester Chess Center on June 7th, 2016 beginning at 6:10pm.  The last game finished at 10:30pm.  Twenty eight players played the black chess pieces against our Community Chess Club of Rochester (CCCR) club champion, Lev Paciorkowski, commanding a strong USCF rating of 2353.  The final result for Lev was 19 wins, 6 draws, and only 3 losses (the losses were against expert-level players).  The simultaneous event is held annually and the club champion traditionally takes the role to play all of the opponents at the same time.  This year, at the suggestion of Lev, we increased the number of opponents we would allow to participate, and we ended up with 28 opponents, which is our biggest simul ever for our chess club.

The evening started out with a pre-event dinner at 5:30pm.  The club provided pizza, snacks and beverages for all of the players and spectators.  At 6:00pm, the players and spectators moved to the main playing room for a questions & answers session to review the simul rules and etiquette.  Promptly at 6:10pm, the simul started and Lev began his rounds among a very large rectangle of tables set up with 28 chess boards, all numbered 1 to 28.  Lev played the white pieces on all the boards, which is tradition.  By 7pm, no games were finished.  By 8pm, Lev won his first game against Adam DeSantis, but no other games had yet completed.  By 9pm, Lev had 4 wins and 2 draws.  By 10pm, Lev had 7 wins, 5 draws and 3 losses - to David Campbell, Randy MacKenzie and David Phelps - all Expert level players who all had titanic battles with Lev to seal their wins.  By 10:30pm, the last game was finished when Lev won his game with Matt Overlan.  Those who drew their games with Lev were: Toby Rizzo, Hanan Dery, Dan Burnside, Edwin Rosenberg, Matthew O'Heron and Matt Slomski.

The first thing spectators witnessed and talked quietly about was the mental and physical exhaustion that Lev had to fight off to stay alert as the hours playing accumulated.  Lev had to refocus over and over again maybe 1000 times, as each view of the chessboard is a new chess puzzle to crack.  Lev took no breaks.  Not one.  He played from start to finish and paced himself very well.  Lev's parents were on hand to watch and I think they were also amazed at the effort it takes to play so much chess all in one evening.  While each of the 28 opponents were trying to figure out just one chess game - the tactics, the position, the strategy of that particular game, Lev had 28 to contend with.  The final result for Lev was a great performance, ending up with a very good overall win/loss/draw score among a wide variety of chess ratings strengths dispersed among the 28 games.  The amount of brain power used must have been enormous.  Over the many small two-person USCF-rated simuls Lev has played over the years, Lev had never lost a game.  So, that was said to be Lev's goal: not to lose any games.  But, over the long and fierce chess battles taking place from one board to the next, Lev finally succumbed to three losses.

There were many amazing draws as well, including those with Toby Rizzo and Matthew O'Heron who are young chess players who have shown tremendous potential over the last year.  There were also many folks who tried very hard to win or at least draw, but just couldn't pull it off, and left for home without a win or draw against Lev, but surely had an excellent evening playing against the best active chess player in Rochester and probably western New York.

Next Fall, Lev plans to enter college.  Hopefully, Lev will continue to be a frequent player at the Chess Center, balancing his college studies with chess.  We all are grateful to Lev for providing all of us with a great evening of chess, whether one watched or played.  We will celebrate the results on Wednesday night, June 14th at 7:30pm with a cake and an awards ceremony.  Once again, congratulations to Lev Paciorkowski, and thanks for an excellent night at the Chess Center!

Photos and score sheets from the chess simultaneous
are now available for download: 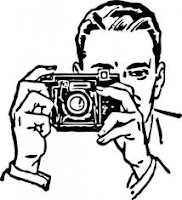 Thanks to Lev Paciorkowski
for participating in this year's annual chess event
and for providing us all with a memorable evening
of fun and great games of simultaneous chess!

Next week on June 14th, we will celebrate with a cake and give
out all the prizes and certificates.  Please join us!
The ceremony will begin at 7:30pm, followed by rated games, G/80d5. 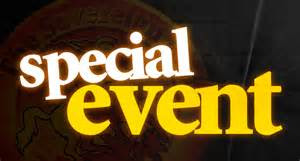 We hope to see you there as a participant
or as a spectator.

Registration can be done at the Chess Center.
Payment is required with registration.
Spectators & Visitors are welcome!
The pizza & beverages will arrive at ~5:30pm
and the simultaneous will begin at ~6:00pm.

Registration has now started, so plan to sign up soon!

There is an Simul overflow list
for any last-minute player cancellations.

Please join us for pizza & beverages before the Simul.

For those unable to participate in the chess simultaneous,
we will still have our regular chess play available upstairs
at the Chess Center on June 7th.