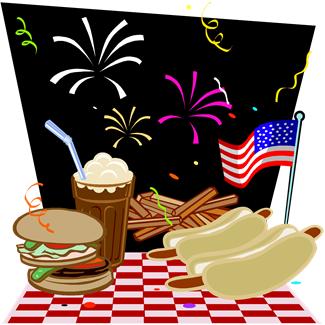 Directions: Go south on Clover Street, cross the NYS Thruway, enter the park (turn left) at the first entrance. The lodge is 1/2 mile on the left. Fires will be stoked up at 5:30pm, although the lodge is ours from 1:00pm on. Rain or shine, the lodge will be fine!

The Rochester Chess Center provides the Chess Sets, soft drinks, and charcoal. Bring your own food to grill, plates, silverware, and sports equipment. This is a communal event, so please bring a dish to share. Last name A to M please bring a salad to pass, N to Z please bring a desert to share. Of course if you have that very special picnic goodie you always make, please bring that along instead.

$2 per person, $5 maximum per family.
Picnic is free to Chess Center members and their families.


Submitted on behalf of the Rochester Chess Center
Posted by Mike Lionti - Chess Blog Editor at 4:53 PM No comments:

Camp is available to students age 5-13 years. All skill levels from beginner to advanced are encouraged to attend. Beginners who arrive without any knowledge of the game will become proficient players from their camp experience; advanced players benefit from sharing classes and experience with some of the top scholastic players in the USA.

Because this is our 22nd year of offering camps, our counselors are among the most experienced chess teachers found anywhere. We coordinate daily activities and instruction to expand the student's chess skills. Chess is known to teach logic, problem solving, analysis techniques, and will improve study habits. These skills have obvious carry-over benefits to schooling and career. But, the main reason kids come back to our chess camps year after year is because...

Rochester Chess Center is located near Cobbs Hill Park, at 221 Norris Drive. There will be daily outings to the park for seasonal activities (Frisbee, soccer, hiking)... so dress for outdoor action.

Chess Center Members please apply your 30% discount to the above fees:

Chess Center membership is $95 (or $155 for the Family membership) for 12 months. Benefits include discounts on camps, lessons, equipment, and snack bar and family picnic. Of course, your membership also is important in supporting Rochester area chess promotion. We have chess instruction programs at 57 schools and the Interscholastic Chess League has 48 teams (www.nychess.org).

Hope you're coming to Chess Camp...

Your friends will be here!!

$500 in college-funded catered food was provided for the chess players. Nobody went home hungry!

In the Open section, Rifeng Xia and Candidate Master Matt Slomski  shared 1st place with 4 points. The U1800 prize was won by Jamshed Ahmed with 2.5 points.


In the U1400 section, Nick Moscatello took 1st place with 4 points. Brad Schrock and Mike Lionti shared 2nd place with 3 points. The U1000 prize was won by Arjun Ganesh with 2 points.

Results of the Unrated section are not currently availabe to post in this article.

Here is the 4th round game of David Phelps (white) vs Jarrod Tavares showing relentless pressure and attack against a weak Black king:﻿﻿

Besides many Geneseo college students who participated, there was a large contingent from Rochester and Buffalo New York in support of the first chess tournament held by the Geneseo College Chess Club.. Both Ron Lohrman (of the Rochester Chess Center) and Tom Warner (from the Buffalo area) provided vans for transportation.


The 35th Annual Marchand Open, dedicated to the memory of Dr. Erich Marchand, took place on 23-24th March at the Strong National Museum of Play, One Manhattan Square, Rochester, New York. Dr. Erich Marchand "requested that his friends play chess in his memory".


The event was played over 5 rounds of the Swiss system (G/120;d5) and in four sections: Open, U1800, U1400 and U1000. There were148 participants. There was a strong showing of strength with several IMs and GMs in attendance. The huge field created big groups of players tied with the same score.

$10,750 in guaranteed prizes were awarded. Full standings below.

Here is the first round game of David Phelps (white) vs GM Mikheil Kekelidze (black):

Here is the fourth round game of Calvin Moulton (white) vs Pahz Cherelin (black):

An astounding 148 players participated. Besides the local players and a large contingent from Buffalo New York, the tournament had participants representing several countries including Laszlo Tapaszto from Caracas Venezuela and Jamshed Ahmed from Pakistan. 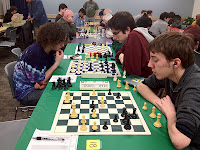