David Phelps
The 2020 Community Chess Club
of Rochester Champion!
Rochester, NY October 28, 2020.  In the Final Round of the 2020 CCCR Championship at the Chess Center, David Phelps and Henry Swing agreed to a draw in an exciting endgame battle.  David won the tournament by tie-breaks with 3.5 points.  Henry Swing took 2nd place.  Ken McBride took 3rd place by tie-breaks with 3 points, and Clif Kharroubi took 4th place.  The U1800 winner was Jamshed Ahmed by tie-breaks with 3 points. The U1500 winner was Nathan Shaffer with 2 points.  The U1200 winner was Richard Warmus with 1.5 points.  The U1000 winner was Robert Fulton with 1 point.  There were 28 club members participating this year's annual club championship.  Congratulations to all the prize winners!  Thanks to everyone who took part in this year's club championship.  Thanks to Ron Lohrman who was the tournament director.  Join us for Awards Night on November 11, 2020 at 7:30pm.
Final Standings: 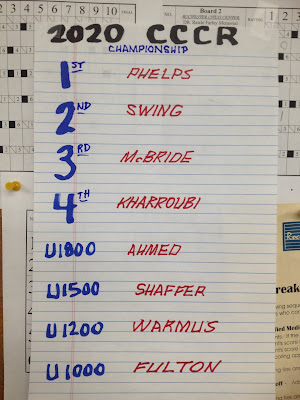 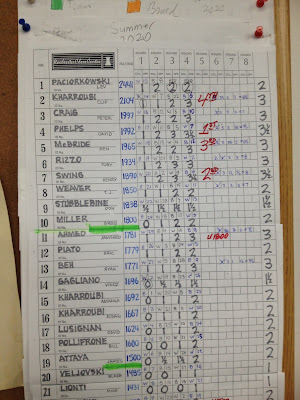 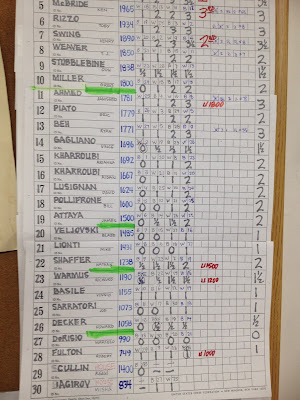 Awards Night
will be held at the Rochester Chess Center
on Wednesday, Nov. 11th, 2020 at 7:30pm.
Please join us for the award ceremony.  Cake will be served in skittles room.
The club's regularly scheduled chess games will follow the awards ceremony.

Wednesday, Oct. 21st was round #3 of the club championship.  The chess action took place at the Chess Center in Rochester, New York.  It was an exciting night and there were plenty of great chess battles on the 64 squares.  The current club champion, Lev Paciorkowski, has withdrawn from the tournament in order to participate for Norms at the 14th Annual SPICE CUP in St. Louis (https://gamesmaven.io/chessdailynews), Missouri.  This means that the Community Chess Club will have a new champion this year.

CCCR member TJ Weaver has provided these games and analysis:

Click here for a link to the photo gallery 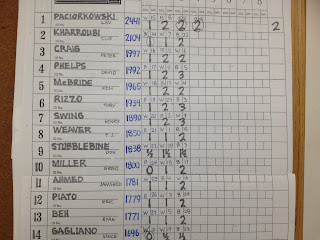 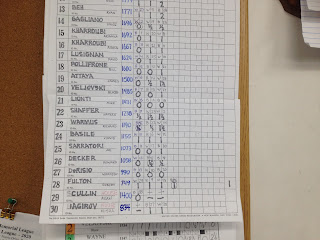 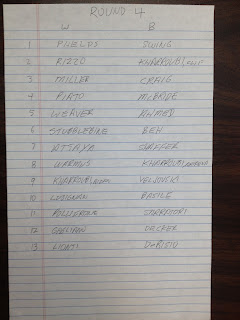 Round 4 will be held next Wednesday, October 28. 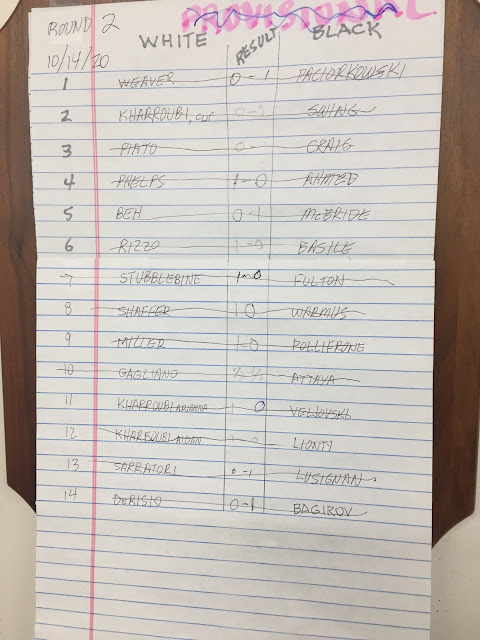