This past Wednesday, the Community Chess Club celebrated the great achievement of Rochester's newest Chess Master: Daniel Johnston.  A chess player attains the Master title when he achieves a 2200 chess rating.  Daniel has been playing chess since he was a youngster and frequently attended chess camps.   We are sure that Daniel's parents, Frank and Sue, are very proud of their son's chess achievements - who traveled with Daniel in the early years so that Daniel could play in tournaments across the United States.  Daniel has always been an excellent student of chess -  including reading chess books, taking lessons and studying his completed games.  Daniel then tested his refined chess skills by playing in tournaments.  Daniel received lessons from the Chess Center's teachers, especially FIDE Master Isay Golyak who now resides in Florida.  Later, as Daniel's rating continued to rise, Daniel received lessons from GMs and Daniel continued to compete in tournaments across the United States.  Daniel set a goal at a very young age to achieve chess master and we congratulate him on his success in achieving his personal goal.  Daniel also teaches chess and has a web site which was featured on a previous blog post.  Daniel is currently ranked by the USCF at 109th out of  6751 in New York State.  Daniel is a frequent Rochester Chess Center player and is a member of the Community Chess Club of Rochester.  Daniel plays USCF-rated games on Mondays, Wednesdays and Saturdays and is one of our most active players. We wish all the best of luck to Daniel and we know further achievements are on the way.  Congratulations Daniel! 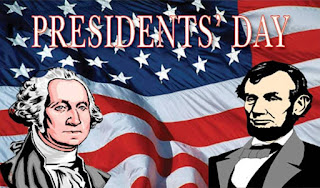 The Rochester Chess Center will be closed Monday evening
Feb. 20th and there are no chess league games scheduled. 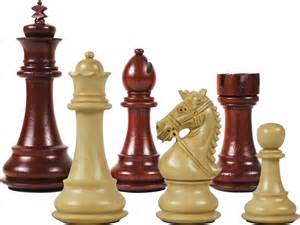 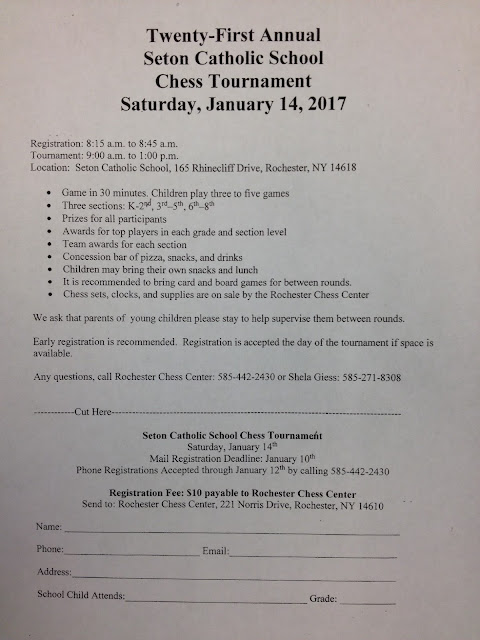 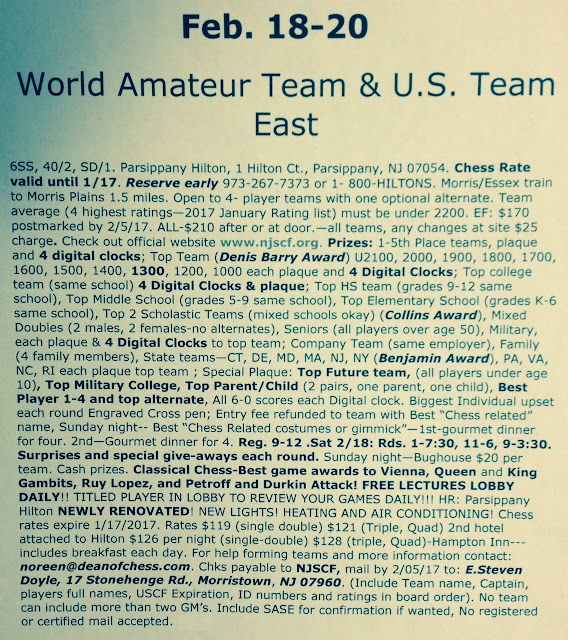 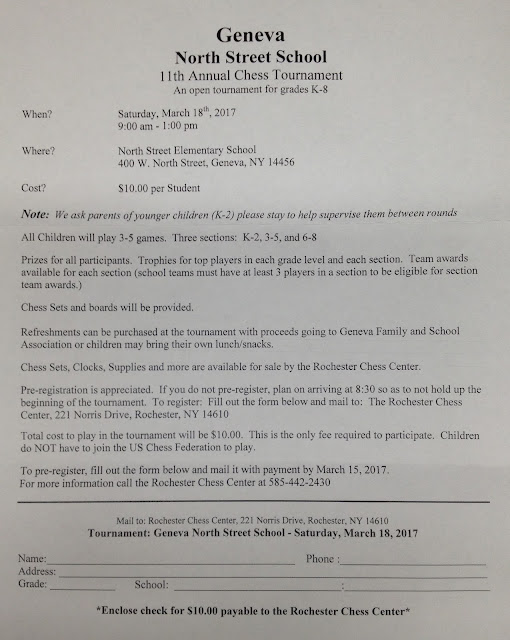 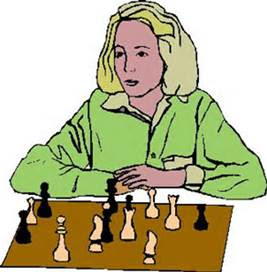 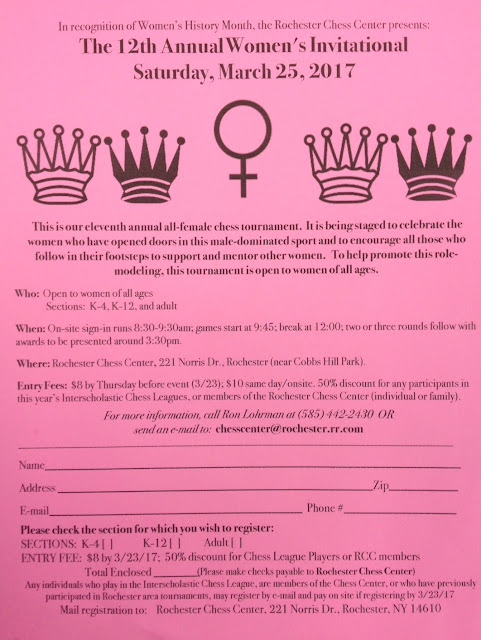 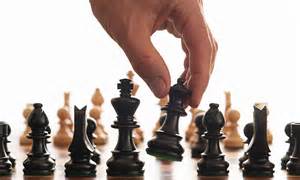 The Winter Monday Night Farley Memorial Chess League has started.  There are some openings for the under 1400 USCF rating level.  Check with the chess center for details to join a team.

The CCCR weekly Wednesday night chess meeting is held all year long, and we invite you to join us for a rated game, or to visit and learn about our chess club.  Visitors welcome.  We play one USCF-rated game, G/80d5.  Registration from 6:30pm to 7:20pm.  Games start at 7:30pm.  This is a great way to prepare for the Marchand Open.

The Saturday 3-round Swiss USCF-rated tournament (G/60d5) is held nearly every Saturday at the Chess Center (except for the Marchand weekend, Labor Day and some holidays).  Registration ends at 1:45pm.  You may show up or call by 1:45pm to register.  This is a great way to prepare for the Marchand Open.

The 39th Annual Marchand Open tournament is April 1st and 2nd, 2017.   Register by mail, phone or in person at the Chess Center.  Open Section players must provide a birthday and contact information required by FIDE.  This is a wonderful event, and the largest in Western New York.  This event is held at the Strong Museum of Play in downtown Rochester.  The event is named after long-time CCCR chess player and NY State Champion, Erich Marchand. 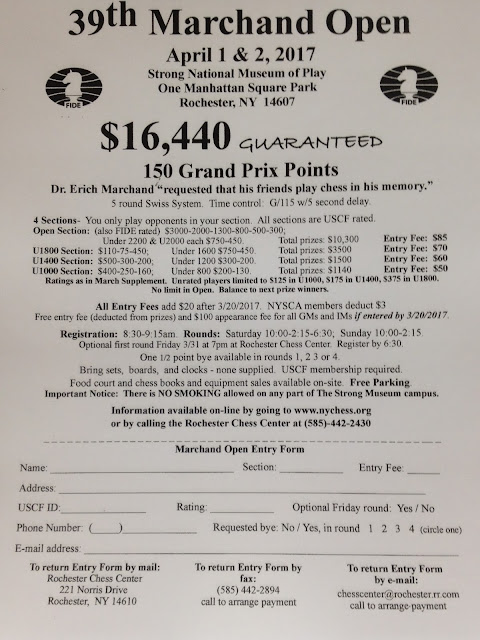 The Annual Chess Simultaneous event will be held this summer.  The champion of the CCCR chess club, Lev Paciorkowski, will be the featured chess player who will simul against many players.  Details will be announced later this year. 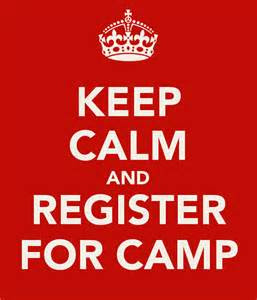 Chess Camps
are held at the Rochester Chess Center.
Contact the Chess Center at 585-442-2430 for details. 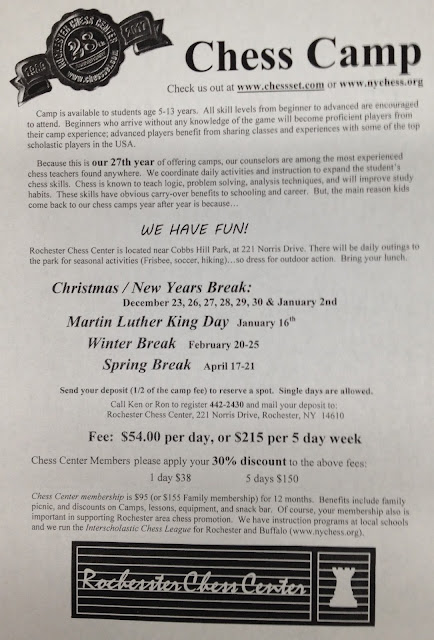 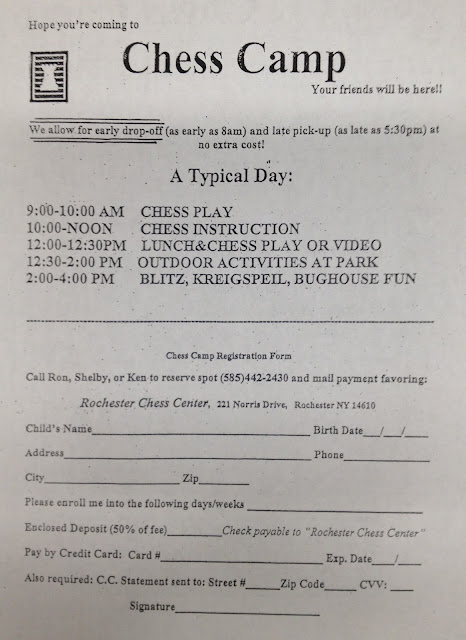 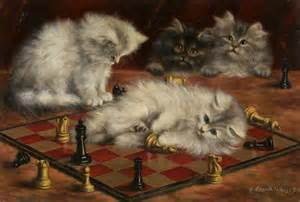 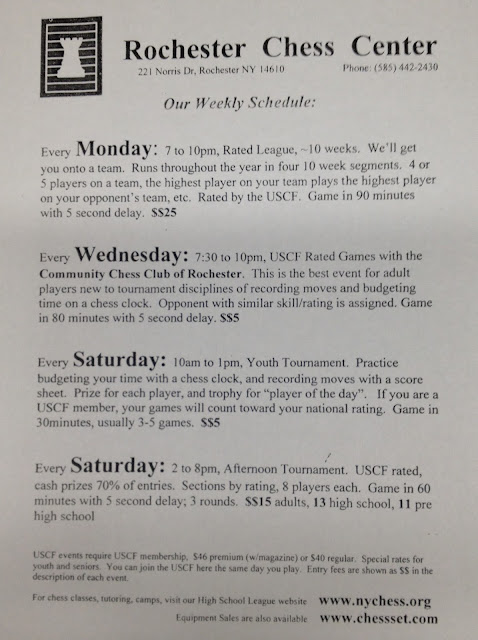 Posted by Mike Lionti - Chess Blog Editor at 6:00 AM No comments: