This year's 42nd Annual Marchand was held in Rochester, NY at the Bill Gray's Iceplex.  125 players participated in the tournament across 4 sections: Open, U1800, U1400 and U1000.  In addition to our local Rochester chess players, we had a very large group from Buffalo and Syracuse.  The tournament included two Grand Masters: GM Bryan Smith and GM Mark Paragua, and one International Master: IM Jason Lang.  GM Bryan Smith and IM Jason Liang tied for 1st Place.  This year, the total prize fund was a huge $17,000. The 2022 Marchand Open was the largest tournament in size and total prizes in Western New York.  If you were not able to play in this year's Marchand, we hope you will next year!

Here's a link to the USCF rating report.

Here is a full breakdown of the prizes awarded in each section along with the standings: 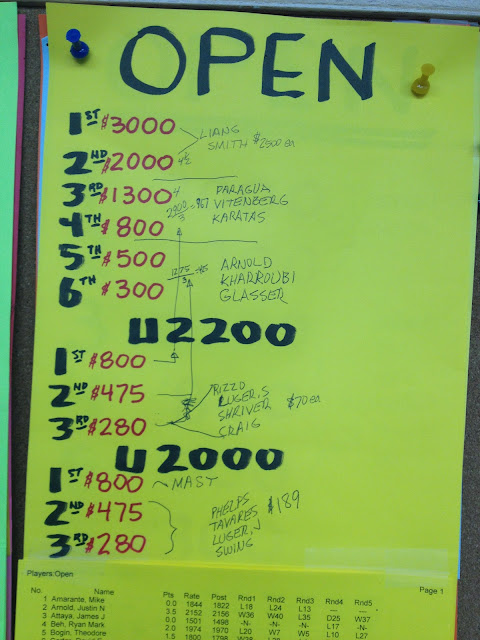 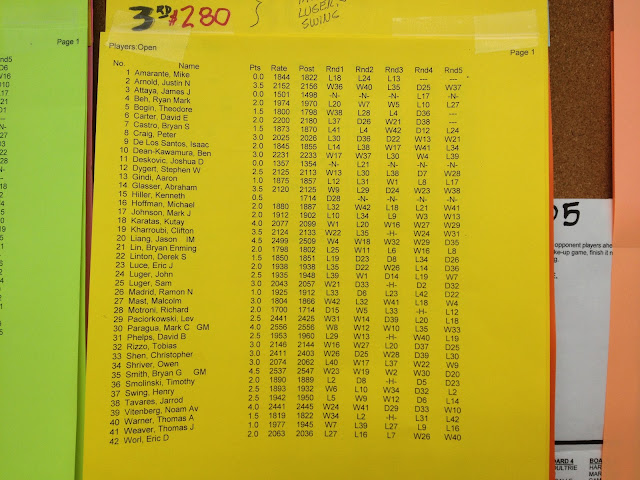 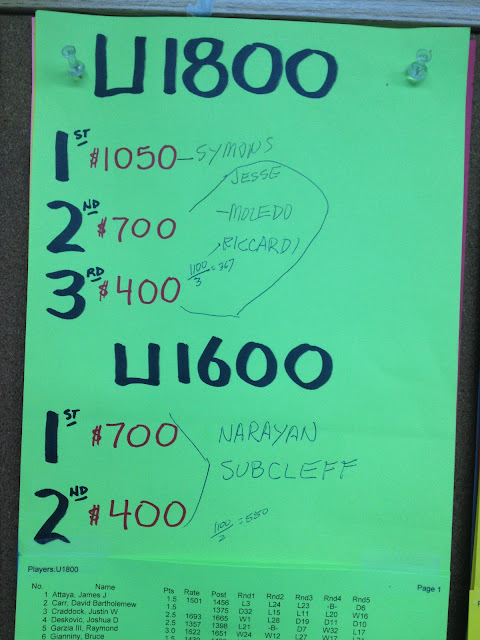 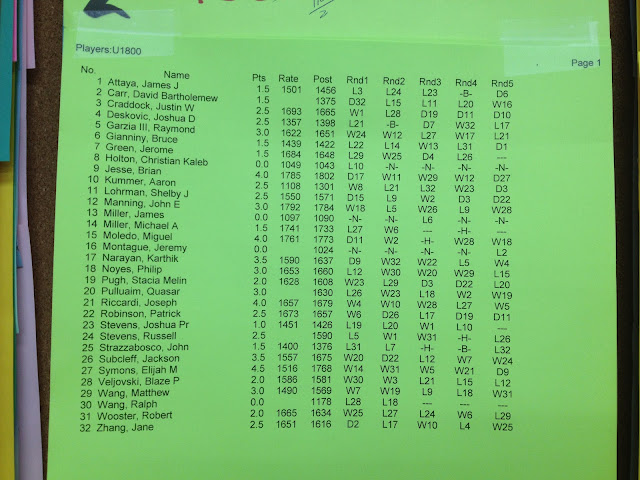 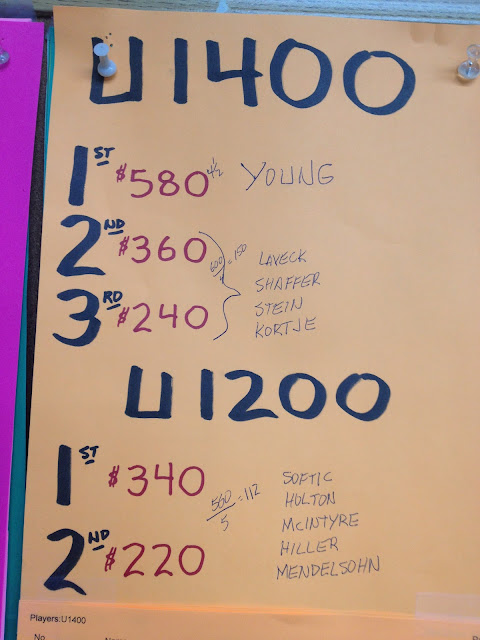 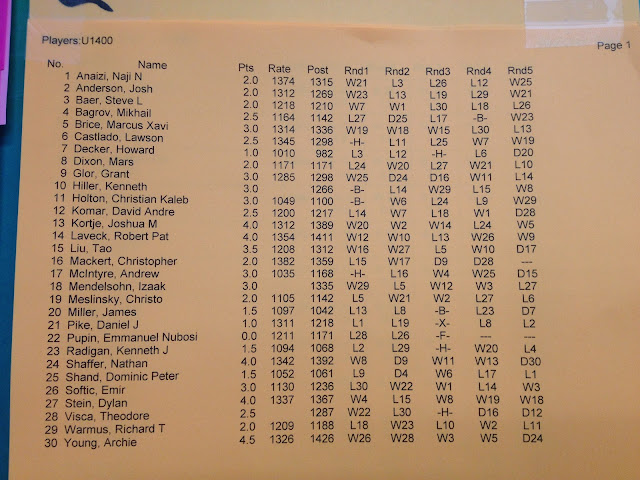 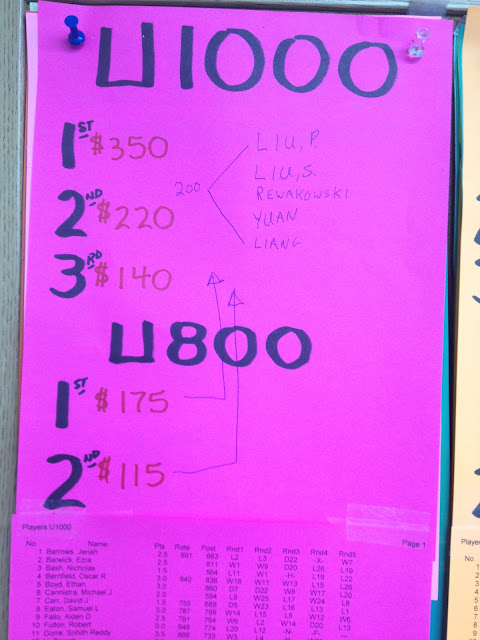 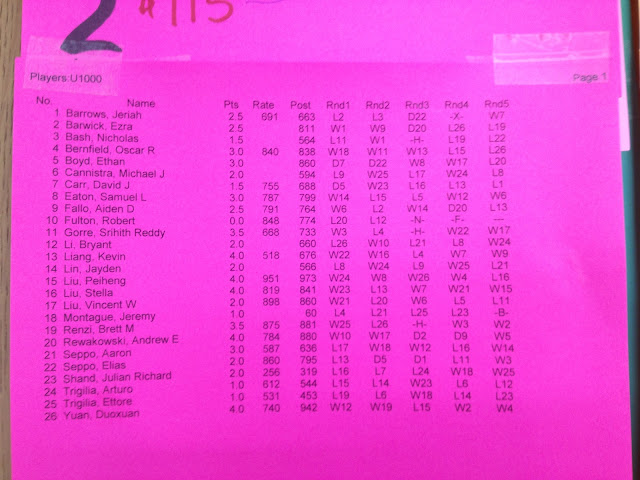 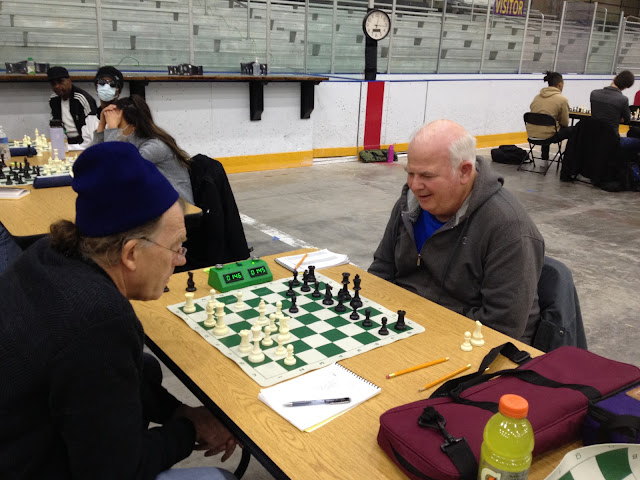 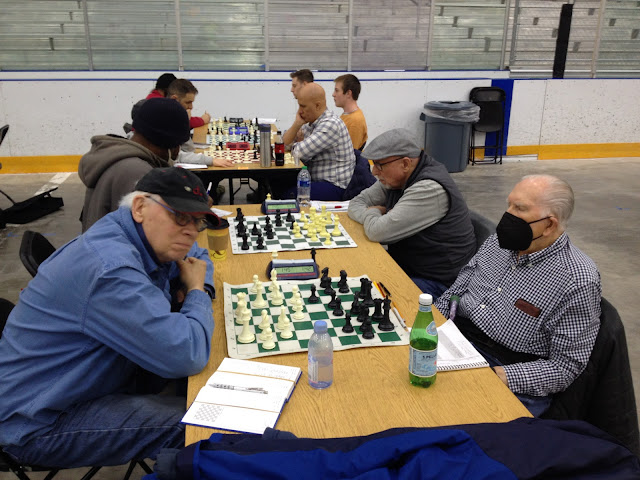 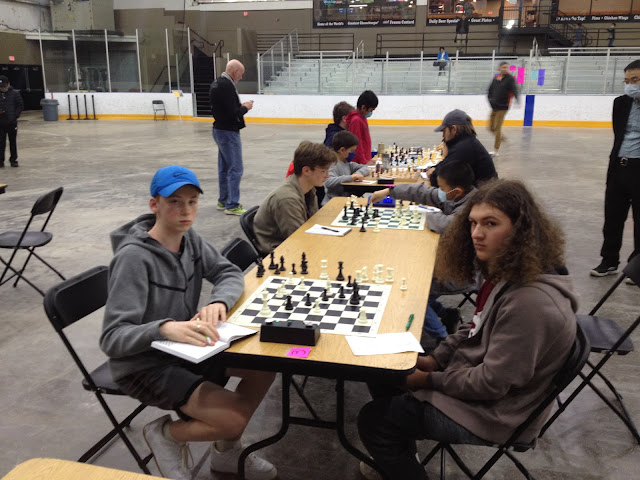 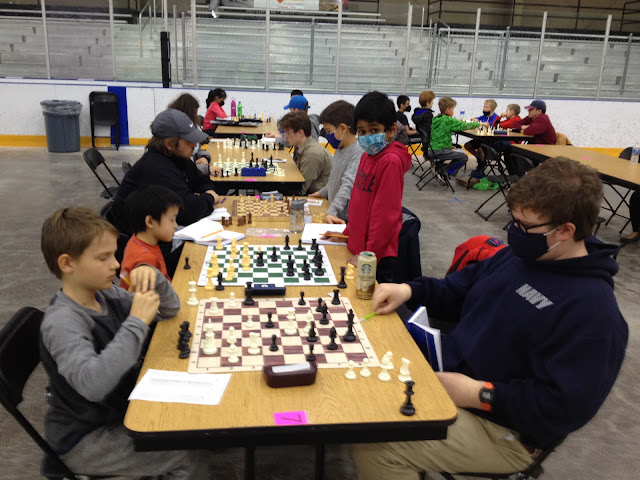 Here's a link to more photos of the final round, standings and prizes.
The tournament was organized by Ron Lohrman of the Rochester Chess Center. The tournament directors were Ken McBride (Chief), Ron Lohrman and Mike Lionti.
Stop by and play some USCF-rated chess at the Rochester Chess Center!  There are also chess camps for kids, a weekly Saturday morning (10am-1pm) youth tournament (USCF membership is optional), a weekly Saturday afternoon tournament, a Monday night chess league, Wednesday chess with the Community Chess Club, chess lessons for youth and adults, chess tournament event information and a chess store on-site for all your chess needs.
Posted by Mike Lionti - Chess Blog Editor at 11:47 AM No comments: