Events at the Rochester Chess Center:

It was great fun at the Simultaneous Wed. night with Abraham Glasser

Here is a quick summary:
- 25 participants, including many experts and ratings in the high 1900's
- Abe won 15 games, drew 4 (Doug Spencer, Matt Slomski, Daniel Yu and Daniel Johnston) and lost 6 (Chris Brown, Randy Mac Kenzie, Sherman Cunningham, Don Stubblebine, Samuel Liu and Bill Pollifrone
- 4 hours and 45 minutes!!!! (7:45pm to 12:30am)
- NEXT WEEK (Wed. July 23rd) we will celebrate with a cake and distribute prizes to the players who drew or won their games with Abe, and also present Abe with his prize and certificate. All are welcome. Game registration is from 7-7:20pm, with rated games starting after the award presentations beginning at 7:30pm.


The 1st Annual Community Chess Club of Rochester (CCCR) Chess Simultaneous was held at the Rochester Chess Center on July 16th, 2014. The games began at 7:45pm and ended at 12:30am. Twenty five people participated. Abe 15 won games, had 4 draws and 6 losses in a very impressive performance of chess skill.

Abe will be a senior in high school this coming September. It was a long day for Abe who started his day by working a full 8-hour shift at RIT where he is an intern assisting in a research project. Abe is planning to enter into computer programming at RIT when he graduates from high school in 2015. Abe started out in chess when he was very young and has been a regular chess player at the chess center for nearly 10 years. Abe is also a registered USCF tournament director and performs TD duties once a month for the Community Chess Club. Abe has been the Community Chess Club champion for the last two years in a row. Abe's current USCF rating is 2119 (expert).

The Community Chess Club of Rochester provided free pizza, snacks and beverages to all participants and spectators. The Chess Center also provided additional free beverages. The event brought many first-time chess players to the chess center. This included four children brought by Adam DeSantis who runs a terrific introduction to chess at his chess club which meets every other Thursday at the Chili Library (see link on the right side of this blog page). After the event, many of the new chess players expressed interest in coming back for more tournaments.

Special thanks to Abe Glasser for being our first community chess club champion to participate in the chess simultaneous. Thanks also to Ron Lohrman and Ken McBride for helping to setup the chess tables and boards for the event. The chess simultaneous event was organized by Mike Lionti, Doug Spencer and Don Stubblebine.

Blog Editor's Note: More information will be added, so come back later for updates.


Here is a complete list of players, USCF rating, and individual score against Abraham: 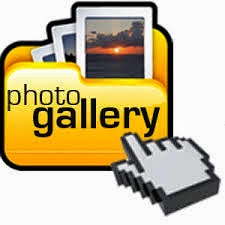 Click here for the Chess Simultaneous Video with Abraham Glasser. 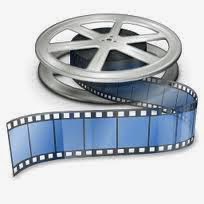 Click here for photos of many game score sheets from the participants.

July 16th: Chess Simultaneous with Abe Glasser presented by the Community Chess Club of Rochester. The Community Chess Club of Rochester is starting a new tradition. Every year, the chess club will entertain a Chess Simultaneous with the previous year's CCCR champion playing (this year, Abe Glasser) against all opponents simultaneously. The event will be unrated and open to all chess players of all playing strengths. The entry fee will be $3 for CCCR members and $5 for non-members. Prizes will be given for any chess player who attains a win or draw in the event. Prizes for wins and draws! Free pizza, snacks and beverages will be provided. Limited to the first 26 players! Preregister at the Chess Center. Visitors and spectators welcome!

A Chess Simul is an event where a single, high-ranking Chess player competes against multiple players all at once. It is an exciting show of skill and endurance. We are proud to have Abraham Glasser challenge 26 chess players. When all games are finished, the tournament director will present a tally of the results and present prizes for challengers with wins or draws (if any).

Abe will also be presented with a base prize and an incentive prize for one of the following:
1) No losses and no draws (a perfect score!)
2) No more than 1 loss and 5 draws
3) No more than 2 losses and 6 draws

Chess Simultaneous Rules:
- Abe Glasser plays white pieces on all boards.
- Each opponent will make their move only when Abe approaches their chessboard.
- Each opponent will get two passes to have more time to make a move.
- Each opponent should write down the game moves on a score sheet until in time-trouble. When the game finishes, you can ask Abe to sign it. If you manage to win the game, it could be worth its weight in gold!

- When ~ 1 or 2 players are remaining, it is at Abe's discretion how much time the opponent will be given between moves; if the opponent is taking too long, Abe will work with the TD to speed up the game moves.
- Abe has the right to change his move until the moment he makes his move on the next board.
- No talking and kibitzing (including spectators) is permitted while games are in-progress; cell phones should be turned off or on vibrate.

July 18th: Friday Night Blitz Chess at the Rochester Chess Center. 7pm to 9:30pm. $6 entry fee, format determined by # of entries. 100% of entries paid out as prizes during July.

The 18 Annual Community Chess Club Championship will be held October 1, 8, 15 and 22 at the Rochester Chess Center.
Save these dates! If you're not a member, join our great club!

July 9th: Rochester Chess Center's Annual Picnic at Mendon Ponds Park, East Lodge. Directions: Go south on Clover Street, cross the NYS Thruway, enter the park (turn left) at the first entrance. The lodge is 1/2 mile on the left. Fires will be stoked up at 5:30pm, although the lodge is ours from 1:00pm on. Rain or shine, the lodge will be fine! The Rochester Chess Center provides the Chess Sets, soft drinks, and charcoal. Bring your own food to grill, plates, silverware, and sports equipment. This is a communal event, so please bring a dish to share. Last name A to M please bring a salad to pass, N to Z please bring a desert to share. Of course if you have that very special picnic goodie you always make, please bring that along instead. $2 per person, $5 maximum per family. Picnic is free to Chess Center members and their families.

July 9th: Wednesday Community Chess Club of Rochester at 7:30pm - We will have rated games at the Chess Center AND at the annual picnic which also takes plays this evening at Mendon Ponds Park, East Lodge.

Many local players participated in this year's WORLD OPEN chess tournament. Click here for a link to the results.

Posted by Mike Lionti - Chess Blog Editor at 5:46 AM