Here is the description of the program by PBS, which broadcast the chess feature in the last third of the half-hour program: "And the game of chess appears to be alive and thriving in Rochester. We’ll learn what keeps kids engaged in this centuries old game.  Tune in this Thursday at 8:00 p.m. and Sunday at 12:30 p.m. on WXXI-TV Channel 21 and Cable 11 or 1011."

Click the picture below to view the taped broadcast. It ill be replayed on live television again this coming Sunday at 12:30pm. The CHESS feature story begins at approximately 18 minutes into the program. 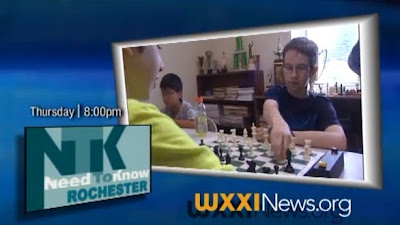 Here are some more scenes from the interview: 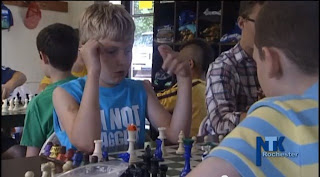 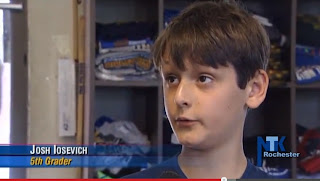 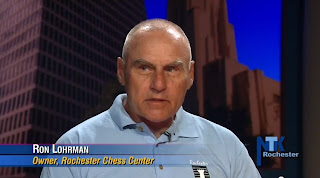 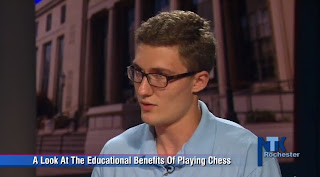